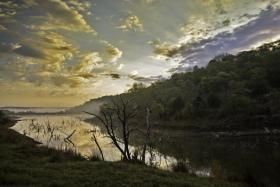 Congratulations to all who participated in the ICF 2008 Pro-Tour:  Coastal Bend of Texas!  The winning images were selected by a panel of internationally recognized judges as a representation of the prize-worthy photography produced by the 20 teams that participated in the 2008 Pro-tour.  Of the 20 portfolios submitted by the photographers there were near 1200 amazing images.  The judges selected of those 100 phenominal images that were paid $500 each.  ICF thanks the judging panel for their expertise and for their devotion of time and energy for this 2008 Pro-Tour competition.

The 2008 Pro-Tour Judges are as follows:

Bob Tope has been a professional photographer, artist, and writer for more than 30 years, focusing his talents on natural history and conservation. Over the years his award-winning work has been published in more than thirty books and hundreds of articles, and is held in the permanent collections of the Smithsonian, the National Park Service, and […]

http://www.kevinschafer.com Kevin Schafer is a professional natural history photographer, whose work has appeared in all of the most respected science and nature magazines in the U.S., including National Geographic, Smithsonian, Audubon and Natural History. He has written and photographed more than ten books, including, Penguin Planet, which received the 2000 National Outdoor Book Award. His most recent book is Living Light, published in 2006. […]

An independent photographer, multi-media producer and photo management consultant based in Arlington, Virginia. Worked for newspapers in Tucson, Arizona, Houston, Texas and Topeka, Kansas. Covered the Vietnam War for the Associated Press and later LIFE Magazine. A member of MAGNUM Photos from 1974 to 1982, Director of Photography for U. S. News & World Report […]