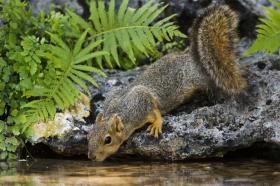 Each of the selected photographers is a full-time professional nature photographer and each has an established record of creating world-class images. A number of the 2008 photographers participated in the 2006 Pro-Tour and are returning for a second round. Others are new to the Pro-Tour. All are avid supporters of wildlife and nature conservation. The Coastal Bend of Texas ranches will offer an exciting venue for fabulous images.

The outstanding group of international photographers that were selected for the 2008 Pro-Tour of Nature Photography, Coastal Bend of Texas are as follows:

Keith has been a professional wildlife and nature photographer since 1983 when he moved with his wife and 3 children from his native Wisconsin to Livingston, Montana. Since that time, he has found himself fortunate enough to photograph many wonderful creatures and scenes from around the world.  He has always had a fascination and love for wild creatures. In the […]

http://tomulrichphotos.com Tom Ulrich’s career as a professional photographer evolved three decades ago from his earlier occupation as the high school biology teacher. His first photographic efforts were used as visuals to support his classes’ curricula. It wasn’t long however before Tom’s avocation as wildlife photographer grew into the permanent and successful vocation he is respected […]

http://www.alperry.com Al started snapping, developing and printing his own pictures as a young GI in the United States Army. After leaving the service, his camera remained an important part of his life. Pursuing a variety of opportunities over the next 27 years, the Mid-Westerner eventually established himself as a successful shooter specializing in weddings and […]