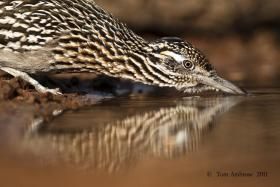 This competition was the first in a series of traveling pro/amateur workshop competitions, led and coached by pros. Two award-winning wildlife photographers oversaw teams of five amateurs as they battled one another in the world-famous Rio Grande Valley, known as a nature photographer’s paradise. The winning team not only went home with prize money and recognition, but its members also got Texas bragging rights. The primary purpose was to add a new dimension for making photography workshops fun. 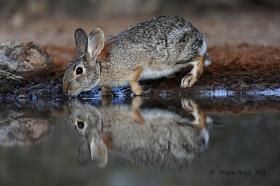 Each of the two pros guided his team throughout a south-Texas ranch, which has been professionally planned for great photography. Ranches include: the Tacubaya and Santa Clara. From within specially-built photo blinds deep within the Tamaulipan thornscrub photographers were privy to a diverse array of wildlife passing closely by their lenses. All went home with amazing images and beautiful memories, competition grand prize winners or not.

“Each ranch offers similar habitat, so each participant’s experience will be similar,” explains John Martin, founder of the non-profit Images for Conservation.  “This is an amazing place for photography any time of the year, but this is a particularly good time to come because the NANPA Summit starts the day after our workshop ends.” 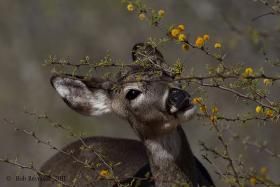 “Actually, probably one of the best reasons to come,” Martin adds, “is that our workshop leaders include nature photographers Gordon Illg, and Michael Francis. Each of them understand the south-Texas terrain and the wildlife here extremely well.”

Each day of the competition revealed magnificent images from both ranch teams. The daily judging process created an opportunity for the amateur photographers of each team to win monetary prizes and increase their knowledge & skill in nature photography in the process.

On Wednesday March 9 during the Awards Breakfast at Santa Clara Ranch the grand prize winners were revealed. Congratulations to Mark Hoyle and Wayne Boyd who tied for 1st place in the overall competition through combined points earned for the images submitted!

All participants won some of the cash prize throughout the daily competitions. The winners in order of money won are as follows: Mark Hoyle, Wayne Boyd, Molly Rose, Tom Ambrose, and Bob Reynolds.

The most important aspect of this Pro-Am competition, and all future competitions, was that of the daily judging and awarding of monetary prizes. This proved to be a true motivating force that caused all participants to want to take in more knowledge so that they could win the next days shoot. Workshop leaders were pushed to teach more as they reviewed the results of each days photography.