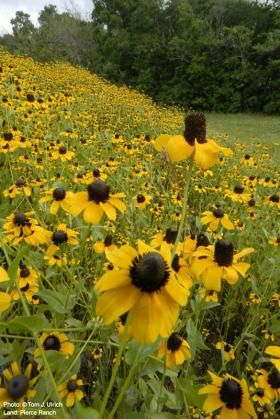 Each of the selected photographers is a full-time professional nature photographer and each has an established record of creating world-class images. A number of the 2008 and 2006 Pro-Tour photographers are returning for the 2010 Pro-tour. Others are new to the Pro-Tour. All are avid supporters of wildlife and nature conservation. The Borderlands Laredo, Texas area ranches will offer an exciting venue for fabulous images.

The outstanding group of international photographers that have been selected for the 2010 Pro-Tour of Nature Photography, Borderlands Laredo, Texas are as follows:

http://www.doest-photography.com Jasper Doest (1979) has been working as a professional nature photographer for several years now. He grew up in Vlaardingen, in the Western part of the Netherlands.  His parents initiated his affection towards the natural world. And although his father took lots of photographs during his youth, it wasn’t until he finished a laboratory […]

http://www.toddsteelephotoart.com Todd J. Steele started his love for the outdoors and photography as a young boy in the Amish farmlands of Pennsylvania.  Taking pictures of the many fish he would catch and wildlife he sought out. Todd studied photography in college while attaining a Biology degree from Millersville University located near the Susquehanna River in Pennsylvania. […]

Cyril Ruoso Link “I really enjoy to tell stories, therefore, one may view my photographic work as that of a reporter” – Cyril Ruoso Thirty eight year old Cyril Ruoso has been a professional photographer for the last 13 years. After his journey to Borneo with the orangutans, he has been especially interested in photographing primates. In 2002 he published “Être […]

http://www.claudiocontreras.com Claudio Contreras has been interested in all things natural since an early age, deciding to study biology since childhood. Claudio stumbled upon photography during his biological studies at the National Autonomous University of Mexico, more and more interested in picturing creatures instead of collecting data from them he finally decided to try nature photography […]