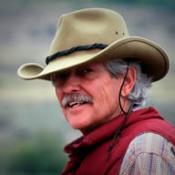 John has been a full time wildlife photographer since 1998.  His earliest memory of photography was at the age of 12 when he got a brownie camera and a darkroom kit for making black and white contact prints.  His interest in photography continued through the years, interrupted by the demands of another career and many other events that cause attention to a cherished hobby to wax and wane.

John is published in Ranger Rick, Natures Best, and a number of other magazines such as Trailer Life and Texas Wildlife.  John has participated in two of the three major wildlife contests since 2002, placing well in most and culminated by a first grand prize win with his partner Ruth Hoyt in the Coastal Bend Contest in 2007.

In the years he is not participating in the various competitions John travels the Rocky mountains, Canada and Alaska in search of large carnivores and other subjects.  He also began leading photo tours in Alaska in 2007 and plans to continue these tours in the coming non-competitive years.

In 2008, after participating in the Valley Land Fund Contest in the spring he spent 28 days in September/October on the ground in India collecting stock images North and South of Delhi.